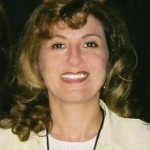 I am honored to introduce you to Sylviane Nuccio.  She is a freelance writer, internet marketer and life coach.  Sylviane is a Platinum Writer on EZ.  She loves to write and educate.  That is the overriding purpose of her blog.

I’ve been an avid reader of Sylviane’s blog for a long time and she has helped me so much through her life coaching techniques.

The Three Fears That Will Prevent You from Succeeding

There are many different things that can prevent us from succeeding, but there is a very, very strong emotion that is probably more widely spread than any others. The strong emotion I am referring to, you might have guessed, is fear.  But more precisely, there are three fears that can literally paralyze and prevent us from moving forward and succeed in life.

The fears I am talking about are:

Let’s analyze them one by one and see why such fears are so common and how you can get rid of them.

Fear of the Unknown

Fear of the unknown is so strong that it has been observed that people who have been captive felt safer in there captivity even while enduring mental and physical torture, than they would have trying to escape to the unknown.  Not knowing where to go, what to do, or how things would turn out was more frightful to them then their ordeal.
Fear of the unknown is not just strong, it’s downright mighty powerful, and it’s probably the worst fear of all which will prevent you from moving forward.

How to Fight the Fear of the Unknown?

Try to imaging the worst case scenario you could think of and see how it feels.  And remember, we are only talking about being afraid of making moves that will lead you to success here, not to jump out of a plane.

Let’s say you are thinking about quitting your job to start your own business, but are afraid of what will happen if your business doesn’t take off soon enough.  What would be the worst case scenario if that was the case?  Could you maybe find another job? Have you asked your boss if you could come back? Could you be saving for a while and then attempt to quit?  What would happen if you lost your job tomorrow?  Would it mean the end of your world?

By consciously playing different scenarios in your head to see what could happen, you are touching the unknown and getting used to the idea.  If you practice this every day for a while, you will subconsciously adapt to that “unknown” and it will be easier to make the plunge.

I don’t have to go very far on that one to think about examples of such fear. Both my mother and brother, who have always been very skilled people, had each one a choice to make at one point, which was start their own business or work for someone else.  Both could imagine all the hurdles of owning their own business so well that they opted for working for someone else.  Their fear of failure was based in nothing else but their own imagination, not on facts.

How to fight the fear of failure

Every time you feel the pangs of the fear of failure, stop and try to analyze if your fear is really based on something real, a fact, or on something you are imaging will or could happen. Be really honest with yourself.  More times than not you will be able to see that your fear is completely based on your own negative thinking.  If it’s the case, then turn things around by imaging all the positive things that could happen. See it, feel it and write it down.  After a while you’ll see that your fear will eventually subdue and go away.

Fear of what People will Say

Ah, don’t you love that one?  This is the most ridiculous fear, yet it’s to be taken seriously since it’s very real for a lot of people.  I’ve heard people do incredible things just for fear of what people might say and think about them.

Fear of what people will say is so strong for some that it totally rules their life. It includes who they marry or not, what work they do or don’t, what church they go to or don’t, and most importantly what they do with their overall life.  Some people’s fear of failure is also related with their fear of what people will say if they fail.  They are totally paralyzed by both fears into not doing anything at all.

How to Fight the Fear of what People will Say

At the end of the day, you and you alone are the only one who you see in the mirror.   Not people who are approving of you or not.  If they are no part of that reflection in the mirror, they have no business with you and what you do.  The only person that can give any value to what they say about you is YOU.  Just don’t give them that kind of power, but rather take that power back and own it.

Fear is one of the most debilitating emotions and if you don’t control it, it sure will control you.  So, next time you feel any of those three fears, try practicing those exercises and see what happens.

The Sisterhood of the World Bloggers Award
My 100th Blog Party