By Donna Merrill on November 22, 2016 in Internet Marketing 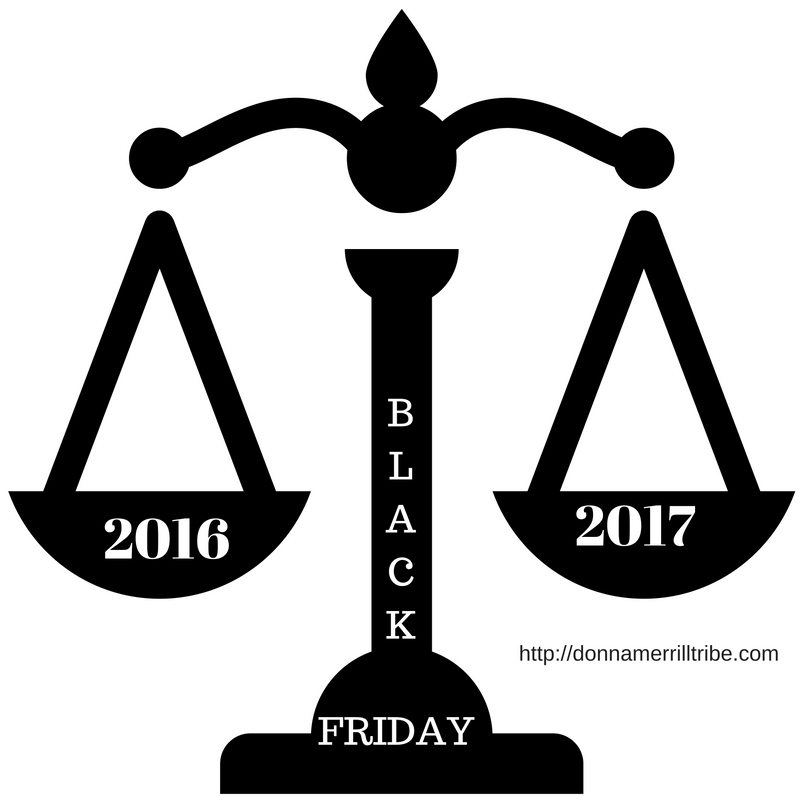 I’ll show you exactly how.

First, though, let’s understand a bit more about Black Friday and the Thanksgiving Holiday in America.

Some stores are even open on Thanksgiving Day for special deals and discounts.

People line the sidewalks in certain stores, waiting for the doors to open so they can get a good deal on a TV, the latest “must have” toy or some other item that is in high demand for holiday gift giving.

Thanksgiving is a family holiday where people get together and eat the traditional Turkey dinner, watch football, and hang around the house all day feasting and gathering with family members.

Others might volunteer to work at the local food banks, or serve folks a traditional dinner at their church or at the Salvation Army community kitchen.

But Black Friday seems to supersede Thanksgiving for a great many people these days.

They will cut short the family gathering to run out shopping on Thanksgiving day.

They gleefully forsake tradition to stand on long lines just to grab discounts and deals at big box and department stores.

Are you wondering why I’m talking about Black Friday?

The Friday after Thanksgiving always had a different meaning to me.

Although I never could eat or even smell Turkey roasting, I have wonderful childhood memories of Thanksgiving.

In the morning, I spent it watching my black and white TV while the Macy’s Thanksgiving Parade was being televised to the world.

Although we lived nearby, we dared not fend the cold and the crowds to attend live.  That was just for tourists and media, lol.

At the end of the parade, Santa would come riding on his sleigh.

And that, my friends was the beginning of the magical season for me.

The day after Santa’s arrival in the big parade, was Black Friday.

But that didn’t mean finding deals and discounts in the big stores.

There wasn’t any shopping done on Black Friday by anyone in my family.

Black Friday was dedicated to visiting Macy’s on 34th Street in New York City, are you with me?

But it wasn’t for shopping.

It was to see the REAL Santa who took up residence for the season inside of Macy’s Department store.

Click to tweet
Oh, what a joy it was to write down my “list for Santa,” detailing all the things I wanted for Christmas… the treasures I’d read off to the Macy’s Santa as I sat on his lap.

It became a tradition that I carried on with my own daughter in her early childhood.

From early childhood to now,  there is a feeling deep within me that makes me just want to burst into a smile, or a nod to a stranger.

It was a magical time of giving… of purchasing gifts for the special people in our lives, and watching them open them on Christmas morning… a magical conclusion to the amazing “season of giving.”

Giving is so much better than receiving isn’t it?

Maybe that is why people rush out at midnight on Black Friday… flock the stores, stand in long lines and drain their credit cards.

But wait….We now have Cyber Monday.

Ahhh… What a treat that is.

I guess that is really my preferred style of shopping these days.

Who wants to bother with stores when everything can be done with a touch of the finger?

Cyber Monday deals are amazing and I can purchase everything I want just by surfing my computer, or mobile device.

Are There Any “Real” Black Friday Deals ?

Why the heck am I going on with Black Friday and Cyber Monday?

Well my dear friends, I do have my very own special deal for YOU.

It’s a 75% discount that I’m running from Black Friday To Cyber Monday.

So, yes, there are real deals out there, and this is one of them.

If you are on my Email List, you know that already.

If not, listen in…

I started it a few days early, and plan to run with it through Cyber Monday.

That’s it, I’m pulling it down then.

You see, my Top Tier Coaching program was devised to help bloggers and online entrepreneurs build an honest to goodness, successful and profitable business, right from their computers or mobile devices.

People want to do that, but don’t know how to begin, or how to take what they’ve built and make it profitable.

So, I coach them 1-on1, individually and privately.

I know some of you reading this are already enrolled in that program.

When you enroll as one of my personal coaching clients, we have real-time, personal conversations about what will work for YOU.

This is not a video course that I’m packaging into something to market as a “coaching program.”

This is the real deal

It’s funny, but in meeting with others in this industry, I’ve come to realize that most of what they call “coaching” is really just pre-packaged training of the one-size-fits-all variety.

My Top Tier Coaching Program is the real deal, though.

I’ll really be there for you to get you through the thick and thin of building a reputable, honest and profitable online business and blog.

So, If you are a serious student entrepreneur, you can pay the $700 for 60 days of Top Tier Coaching

you can rack up a 75% discount with my Black Friday – Cyber Monday Special.

I’m rolling out my first ever Annual Coaching Plan

2017 Can Be Your Breakthrough Year… if you’re willing to act on it.

I really like the idea of adding an Annual Coaching Plan as a year-end special, but I got stuck on pricing it.

I know that is a lot and I know some of you are really working so hard to break through and build a great business.

I really want to help you get to that point, so…

while I don’t know what price my new annual coaching plan should be (something around $4,000), I have decided to offer this Black Friday Special:

It will end up costing you only a little bit more than my 60 -day program, but instead of working with me for 2 months… you’ll get 12 months!

Are you serious about making 2017 Your Year?

Here’s how I can help:

What does Black Friday mean to you?

What are your favorite Thanksgiving memories and traditions?

What do you think about my Black Friday coaching special?

Have a wonderful holiday of gratitude, thanks and giving.

Foolproof Marketing Strategies For Bloggers
How Do You Spend Money Blogging?